© nick ost
Go to the top 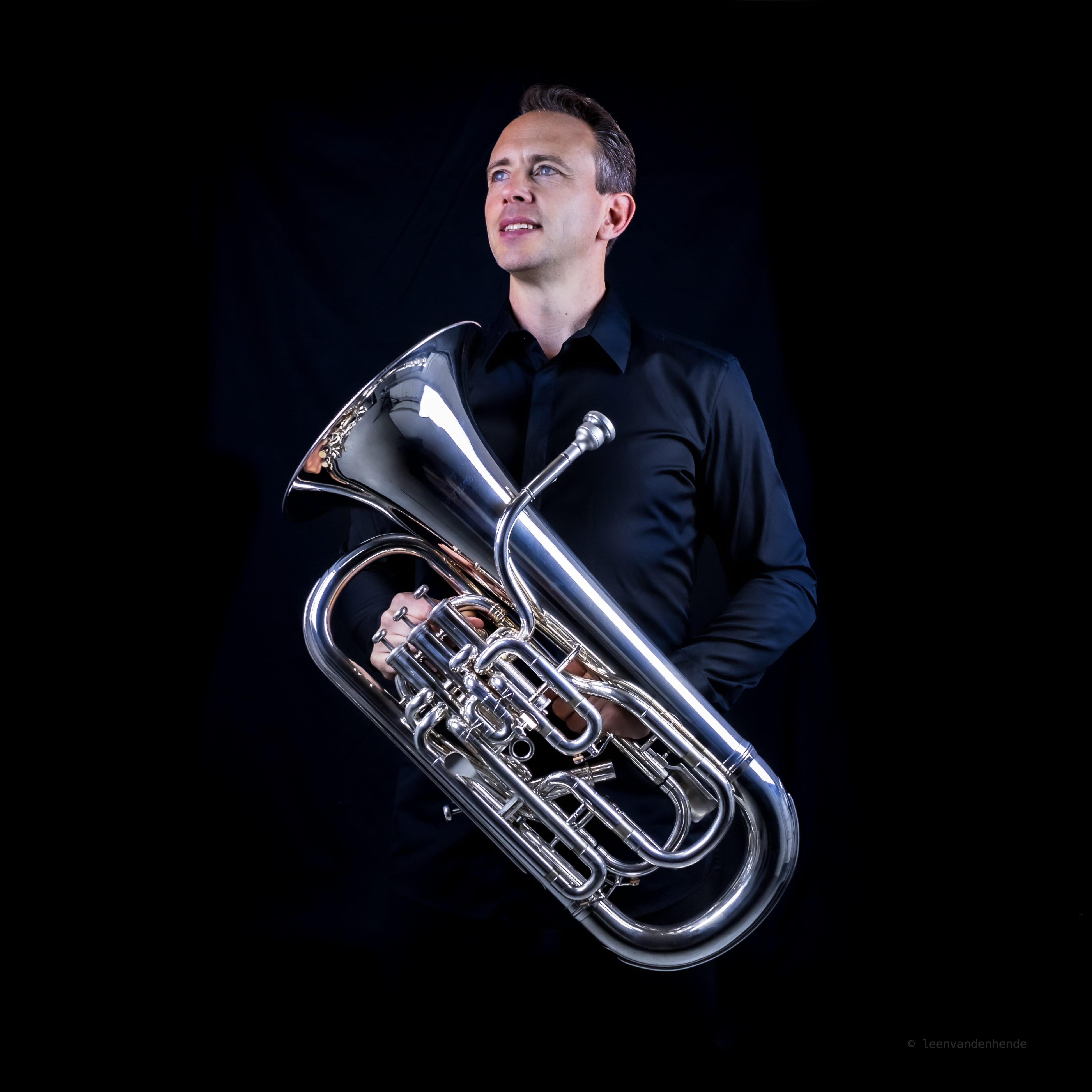 Nick Ost is an international award-winning euphonium soloist and conductor.

He won several prizes and awards in solo competitions: the Award for Best Euphonium Player at the European Solo Championships 2004 in Glasgow and at the British Solo Championships in Tameside (UK, 2005); Golden Medal with highest honours of the jury at the Concours Européen pour Chant, Trombone et Euphonium 2001 in Luxembourg; the Third Prize in the International Tuba/Euphonium Competition in Manchester in 2000. He is also Solo Champion in the Music Competition for Brass of the Flemish Brass Band Federation (1998) and the winner of the First Prize in the music contest Pro Civitate (1994).

As a soloist he cooperates regularly with world-renowned Belgian composer and piano virtuoso François Glorieux, whose euphonium music is written especially for Nick. All this music is recorded on his solo-CD Euphonic Moods with the Revivat Scaldis Chamber Orchestra and the CD Explorations! with the Flanders Tuba Quartet. Nick was the soloist in the world première of the Euphonium Concerto by François Glorieux played with the Brussels Philharmonic conducted by the composer. He made CD-recordings with the Symphonic Youth Orchestra of Flanders, concerts and opera productions with La Monnaie, Brussels Philharmonic, Antwerp Symphony Orchestra, and the Royal Flemish Opera. His latest solo-CD Over the Edge, containing mostly music composed for Nick, was recorded with Fodens Band and conducted by Russell Gray.

From 2001-2010 Nick Ost worked with the Royal Symphonic Band of the Belgian Guides, with whom he recorded the Euphonium Concerto by François Glorieux. He was member of Brassband Willebroek (1994-2013), and played with Yorkshire Building Society Band (2006).

Nick Ost started his musical studies at the music academy Jozef Pauly Ekeren, followed by dé Kunsthumaniora of Antwerp, where he studied euphonium with Bart van Neyghem. He studied at the Royal Conservatoire of Ghent with Gustaaf Devolder, where he obtained his Bachelor of Music with Great Distinction. His Master in Music Performance was obtained in the class of Frans Violet at the Royal Flemish Conservatoire of Antwerp with the Highest Distinction for euphonium. In 2006 he got his Master degree of Music Harmony at the Royal Conservatory of Brussels and in 2008 the diploma Master Orchestral Conducting at the Lemmens Institute Leuven with Prof. Edmond Saveniers, achieving the Highest Distinction for orchestral conducting.

Or e-mail directly to info@nickost.com